The EB-5 Regional Center Program allows foreign investors to earn permanent residency (green cards) for themselves, their spouses, and unmarried children under 21 years of age by investing in job-creating projects in Whatcom County and other communities served by a Regional Center. 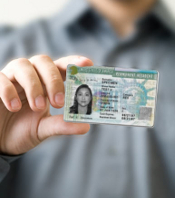 The United States Citizenship and Immigration Service (USCIS) authorizes up to 10,000 visas nationally each fiscal year for eligible entrepreneurs and their families. These families work with their legal counsel and Regional Center to prove to the USCIS that they are fulfilling the program requirements of investing in a local, commercial enterprise and generating local jobs.

Achieving permanent residency by investing in the U.S. is a win-win-win scenario. Local workers attain or retain good jobs, hopeful immigrants earn residency and the right to send their children to an American college, and the U.S. taxpayer enjoys an improved economy without incurring an additional tax burden: Private foreign investment funds cover 100% of project expenditures from building permit fees to the cost of construction. Learn more about EB-5 >>